Mr. Ekourba Gyasi Yeboah is a network engineer who is married to Dr. Yvette Butler Yeboah with four children and is the founder of American Africans United (AAU) Inc. Brother Gyasi, as most like to call him, was raised in Effiduase, a suburb in Koforidua Eastern region, Ghana, and then moved to Kumasi, Ashanti region where he obtained his Bachelor Degree in Computer Science at the University of Science Technology (UST). Brother Gyasi has been an organizer of people throughout his life. From his childhood to this present day. At high school, Pope John Secondary, he was the president of the Voluntary Work Camp Association and organized students from neighboring schools to come together to do community work in Koforidua.

While at the University of Science Technology, he was a student member and activist of the National Union of Ghana Students (NUGS) and served as the National President of Ghana Israel Friendship Association. He also participated in the Ghana National Service program after obtaining his Bachelor’s degree. During his national service he was an active organizer for the people. For example, he brought people across the spectrum together to help Offinso Community in Ashanti region in pulling electricity cables for electric power.

Shortly after his national service, he relocated to Israel to pursue his Master Degree in Business Administration at Ben-Gurion University (Boston Program). Here he had is first child. After a tragic life-altering event, he relocated to United States of America (USA) with his family. He has always had one foot in USA and the other in Ghana. Now after almost 25 years in the USA, he has come to realize that USA is his HOME.

Bro. Gyasi has always been an organizer and activist at heart and during the DOT Com era in the mid-1990’s he coordinated computer training classes in the Metro DC area for the African community. He realized the importance of empowerment through education and worked hard to ensure his community was ready for the Information Technology (IT) surge. Subsequently, his family grew and work/church became his life. Unfortunately his first beloved wife passed away and God blessed him with a second wife, Dr. Butler, who is actively involved in the community.

Through this union, Bro. Gyasi’s longing for organizing and community activism was revitalized. After attending several national organizations conventions and participating in political campaign events, he noticed that people of African descent in USA are divided and their collective voice is not heard but we give our vote, pay our taxes, and want the American Dream. Thus American Africans United was formed to bring ALL people of African descent together as ONE!!!

One People – One Voice – One Agenda 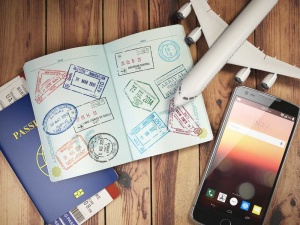